Waking up from my tryptophan induced nap 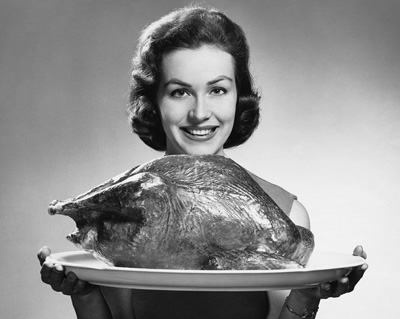 I'm back from my Turkey Week vacation.

Not surprisingly, not much has really broken over the last week, but there are some tasty nuggets:

- TriSoccerFan.com has links to all the news around what's up with Mac Kandji's contract since the Atlanta Silverbacks are sitting out the 2009 season. I can't wait to see what happens if Kandji suits up for the RailHawks in 2009 given that he basically moved for next to nothing from Atlanta to Carolina.

- The Montreal Impact made it clear that they didn't back out of the running for an expansion MLS team, but rather MLS turned out their application. Basically, the Impact said that they wouldn't meet the $40 million US asking price and there are reports that $12 million in improvements to Saputo Stadium was part of the Montreal bid, so current MLS owners would be seeing less than $30 million if Montreal gained a team.

No wonder the bid was turned down.

- The Vancouver Whitecaps are saying that they have no problem meeting the $40 million MLS asking price for an expansion team. I love how the headline says that they aren't scared by the asking price.

- Ridge Mahoney's latest at SI.com talks about how the Crew will have a hard time retaining both head coach Sigi Schmid (rumored to be headed to Seattle) and regular season and MLS Cup MVP Guillermo Barros Schelotto for 2009. It's sad, but Columbus is operating with a smaller budget than most MLS clubs and that is obvious in how these things are working out. It's too bad given that their fans were a part of their win this weekend.

- They are breaking ground on Philly's MLS stadium today.

- The New England Revolution look to be losing defender Michael Parkhurst who's contract expired after the 2008 season concluded. I still would like to know why Denmark is seen as a step up. Well, other than pay....

- It looks like Jozy Altidore will not be loaned out by Villareal. I wonder if that is a good thing or not for his development?

- Steve Davis at MLSNet.com has a good look at why Seattle made some of the Expansion Draft decisions that they did. With Freddie and Kasey already in the fold, it will be interesting to see how quickly Seattle gets up the curve as an expansion team. Especially if they have Schmid as their head coach.

- Since the Red Bulls lost Jeff Parke to Seattle, they are bringing back Mike Petke.

- It couldn't be a slow news week without another one of the rumors I can live without....

- I wonder if the Rhinos have any interest in Rod Dyachenko or Jeff Carroll?