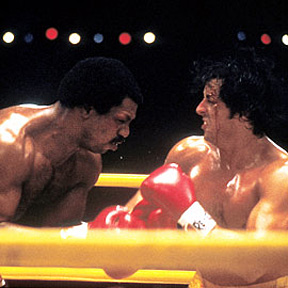 US Open Cup.com - 2nd Round Preview

It's the 2nd round of the Open Cup.

It's also the 2nd round of the home and home "series" between the City Stars and the Rhinos.

With a 3rd round date with the defending MLS Cup champion Columbus Crew on the line, Rochester and Cleveland will face off tonight at Marina Auto Stadium at 7pm.

The big questions for the Rhinos are plentiful:

Who steps up with Tai Atieno away due to national team duty?

Can the Rhinos get shots on frame and FINISH?

Will the Rhinos be able to shut down Pato Aguilera who has been in on 75% of Cleveland's 8 league goals (1g and 6a)?

Will the Rhinos have enough healthy bodies to get the job done?

Can the Rhinos harness the pressure that they have been feeling and focus it on positive aspects like hustling more and not gripping when they have the ball at their feet?

Hopefully the Rhinos have enough answers to host the Crew in two weeks.

I will admit to screaming at my TV that I want Giuseppe Rossi's parents thrown out of the country (if they are even living here).

But, in the end, I can say that I am sort of on board with DaMarcus Beasley in being proud of the effort and Landon Donovan with his hope for the Brazil match.

I will always be a US Soccer Supporter. But, what is reasonable to expect from US Soccer in the near term and in the long run?

- The new FIFA rule that will allow Jermaine Jones to suit up for the US doesn't go into effect until October 1st.

- Columbus fans are wondering what rabit Brian Bliss will pull out of his hat with the Noonan to Colorado trade.

- Will it be Bouna Time in NY?

- Apparently Microsoft and Starbucks can play a little footie.

- I think the fact that the Sounders are "all about the fans" is a major reason why they will likely set an MLS attendance record this year.

- On the flip side, FC Dallas is holding a town hall meeting to try and figure out why attendance is off over 30% this year.

- Speaking of what is reasonable, I don't see that day ever coming again. That was special and truly once in a lifetime.

- I wish the Rhinos had some international friendlies like that.