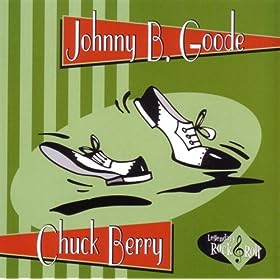 The Rhinos announced yesterday that 2008 MVP Johnny Menyongar has signed a contract for the 2009 and 2010 season, along with an option for 2011.

Re-signing the team MVP would seem to be a no-brainer. But, some people had been talking about potential ownership issues and I would think that this signing should quiet a lot of that for now.

It will be interesting to see what comes next with regards to signings.

Another player that appears unlikely to return next season would be Chad Severs. Chad recently made this his Facebooks status: "Chad is saying Thank You to all the Rhinos fans for making his time here over the last three years enjoyable!"

This is just another step in MLS becoming a fixture in the US pro sports landscape.

- A side note to the opener was some back and forth between Dema Kovalenko and Juan Carlos Osorio.

- Speaking of soccer stadiums, US Soccer.com has a piece on RFK Stadium which will host tomorrow's World Cup Qualifier between the US and Cuba.

- Steven Goff has a nice article in the Washington Post about Jose Francisco Torres choosing to play for the US instead of Mexico.

- Pachuca is looking to place a USL 1st Division team in Arizona starting in 2010 and there is still talk about FC Barcelona having an MLS team based in Miami.

- SBI.net asks if MLS should take a chance on Ronaldo. It all comes down to the money. If he wants Claudio Reyna type money, then I'd roll the dice. If he wants Beckham-sized bucks, then I'd say thanks, but no thanks. I wonder if there could be a middle ground modeled after the incentive laden Beckham deal with a $500,000 to $1 million base salary and then a sort of revenue sharing piece that could max out at a salary level that Ronaldo would want if he were really healthy and productive.

- I hope Vicks Vaporub isn't a banned substance by WADA.

- And Jonah Freedman's latest at SI.com ponders where the talent for the next phase of MLS expansion will come from. It will be interesting to see if MLS tweaks their salary cap rules moving forward if the talent issue starts to affect league revenues.