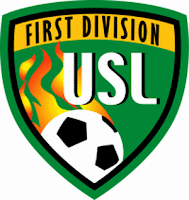 It will be interesting to see how the Rhinos do at the box office given this pricing structure, Johnny Menyongar's injury , and the fact that the team hasn't had good results at hom in 2009.

- The Rhinos will wear pink jerseys tomorrow night versus Charleston. They will be auctioned off with the proceeds going to the Wilmot Cancer Center at the U of R Medical Center.

- The big news of the last 24 hours is that MLS has announced that they will take a bit of a World Cup break in 2010. I like that The Kartik Report takes a counterpoint view to play the devil's advocate. I wonder how much the US bidding for the 2018 or 2022 World Cup played into this like Kartik suggested?

- Houston lost at Pachuca, but Columbus got an early goal from Eddie Gacen at Saprissa and was able to hang on for the 1-0 win in CONCACAF Champions League play.

- Perhaps Europe needs a Team Owners Association after this report?

- There is a cool interview with Schelotto on MLSNet.com.

- Mad About Futbol takes an interesting look at Miami FC.

- Will Philadelphia Union play at the Linc to start the 2010 season? They do know that they are trying to get involved with local schools and their soccer programs.

- I wonder when they will show up in Montreal?

- Adebayor is taking his 3 game suspension and dealing with it. I would have loved to hear what his argument was if he tried to appeal the suspension.