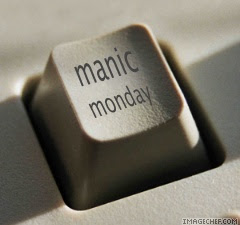 I'm having a wonderful Monday.

I mean, Montreal won the USL-1 title over the weekend, the TOA drama seems to be spinning yet again, there is more Portland drama , and people want answers about the Matthew Ford dismissal.

Are we having fun yet?

SBI.net has an intriguing list of potential MLS head coaching candidates given  the news that long time NE assistant coach Paul Mariner is headed back across the pond.

While I'd love to see the Rhinos in the mix for some of the names mentioned, I doubt the timing will work out with Rob Clark looking to have his new head coach in place by mid-November.

Personally, I can't wait until the Rhinos have a new coach and we start seeing how the roster develops.

- Charlie Davies is out of ICU. Hopefully there is more good news ahead.

- If Mauro Biello is going to go out on top, he has yet to make that decision.

- An EPL ref was demoted after allowing a goal off of a beach ball and Sir Alex Ferguson is in trouble after questioning a ref's fitness. I guess issues with officiating aren't limited to the US!

- Seriously people? Maybe he was just getting a jump start on a playoof beard?

- More good news on the Crystal Palace Baltimore stadium front. Although, what about the rumored deal to poach DC United with a stadium deal?

- Thierry Henry to the Red Bulls rumors are back! Wake me up when he's signed.....

- I like that the Red Bulls gave some kits to the Empire Supporters Club for a charity tournament. But, where is the official keepers jersey?

- Toronto supporters had a pretty cool tribute to Danny Dichio over the weekend.

- This is a really cool look at whether supporters should have a hand in running their own clubs.