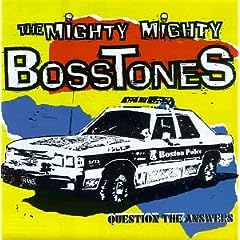 Yesterday, Sam was on CW16/13 WHAM's Morning Show and talked about wanting to purchase the Rhinos from Rob Clark.

In today's D&C, Rob Clark is saying that he wants to own PAETEC Park and the Rhinos. Could that be a move to keep the media away from both parties? Perhaps that is the case as all Sam said yesterday was that he hoped to get a deal done.

Sam's group was looking for the City of Rochester to own PAETEC Park and they would own the Rhinos franchise when they put together their 911 plan. In that plan, the City would control things like concessions, parking, permanent signage, and all non-Rhinos events. Kind of like the deal the Rhinos had at Frontier Field.

Sam's group would expect to pay rent and then cover their expenses by selling tickets, temporary signage (like the signs that are placed around the edge of the playing surface), as well as a small percentage of concession, parking, and permanent signage which would be a part of the lease negotiation.

Sam's group is a not for profit organization and their goal would be to get around $1.2 million in season ticket revenue to make things stable long term. Currently, the non-bleacher season ticket prices for 2008 average out to around $200 a piece. That would mean that they would need 6000 season ticket holders to meet that goal.

And while that was the plan if the Dan Williams deal fell through and Sam's group was the only option for the City, I believe that it is highly likely that Sam's group is sticking with that plan in their taks with Rob Clark.

Obviously, there would need to be a lot of marketing work to sell that many season tickets. And I believe that Sam is hoping that Rob Clark realizes that his group is better prepared to get back to that level of season ticket holder support.

- The USWNT blew out Norway 4-0 and Abby Wambach had a goal and an assist. The win means that the US will face Denmark in the Algarve Cup Final on Wednesday.

- The U-23 USMNT will open up Olympic Qualifying tomorrow against Cuba. SI.com has an article about how Captain Sacha Klejstan will be the team's anchor as they march towards the Beijing games. Big Apple Soccer.com also talks to Jozy Altidore ahead of qualifying.

- Luis Arroyave breaks down Chicago's options as they look to replace Chris Armas as the club's captain.

- In this article about what the new Philly MLS team should pick as a name, the Carolina RailHawks get a lot of ink. I like the Italian Stallions idea, if only because I doubt I'll like the Philly team and that will make for great fodder for opposing fans.

- Someone sticks up for FieldTurf. And honestly, if you look at what the natural grass at The Home Depot Center looked like at the end of last season, I don't think that there is a good argument for a bad grass surface over a nice FieldTurf surface. A perfect grass surface trumps a perfect FieldTurf surface. But, with so many venues being multi-purpose, how many grass playing surfaces are anywhere near perfect most of the time?

- This is one of the things that makes being a pro athlete less than the ideal job.

- Bofo Bautista to Chivas USA? It would seem to make some sense.

- In the "If you can't beat 'em, buy 'em" department, Minnesota has signed former California Victory midfielder Ricardo Sanchez who knocked the Thunder out of last year's Open Cup.

- I've got to talk to Sam about this!